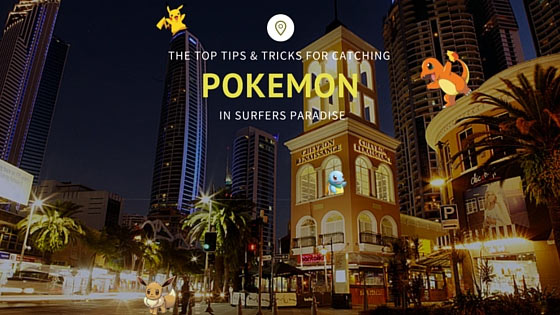 Gotta Catch em all? Infinity might be able to help

Weve been noticing a lot of people gathering outside the doors of Infinity lately, and for weeks it had us puzzled. We were asking ourselves, why are people walking around with their heads in their phones with smiles from ear to ear. What could everyone be doing?

That was until we heard about the Pokemon Go App. Naturally; we downloaded it soon after to find out what all the fuss was about. We opened the app, walked down Surfers Paradise Blvd and were surprised at the amount of Pokemon that were popping up.

After a short time of trying to perfect the app, we got the hang of it. As we kept walking, we turned the corner into the Chevron Renaissance building heading back to Infinity; we noticed a clump of Pokemon hanging outside our doors! Were talking Charizard, Bulbasaur, Jigglypuff and a few more!

Were now avid Pokemon Go users here at Infinity so we thought wed put together our top tips for catching the best Pokemon:

Get your Joggers on
You need to be wearing suitable footwear for walking long distances. If you want the best you got to go search for it, and thats done by physically walking several kms each day.

Go straight mate
If you are trying to hatch poke-eggs, the best way to do it is by walking in a straight line. Weve found that the game measures distances periodically. Basically, it records your position then a few seconds later will re-record your position, which allows the game to calculate your distance travelled and your speed.

Dont go round in circles
Because the game plots your movements periodically, it can see how far youve actually travelled on the map. Walking around in circles is literally pointless.

Know where to spend
If you plan on spending dollars on Pokemon Go, focus on egg incubators for the best return. Long-term, you achieve about $0.33 per egg hatched.

Be sociable
While the game is really only about you and the pokemon, there is still quite a social side to it. You can use this to really leverage your pokemon catching opportunities! If you need help or want to know where to find specific pokemon, simply ask a fellow pokemon trainer!

Engage online
In addition to being social with other trainers, jump online and look for any Pokemon Go groups or reddit feeds for further pokemon leads.

Double up
If you have access to 2 phones ? youre in luck. You can use the 2nd phone as a radar to make sure you dont miss out on Pokemon while you are in a gym battle.

Go to the next level
This is next level nerd but we dont care If you download the similar map game app that was developed previous to Pokemon Go, called Ingress, you will find that it is very, very similar. To the point where its almost identical, which gives you a massive leg up for locating pokemon.

If you are in Surfers Paradise, stop into Infinity and we can show you the best hotspots in the area for finding rare pokemon!