Its Live! In Queensland Launched to Grow Tourism 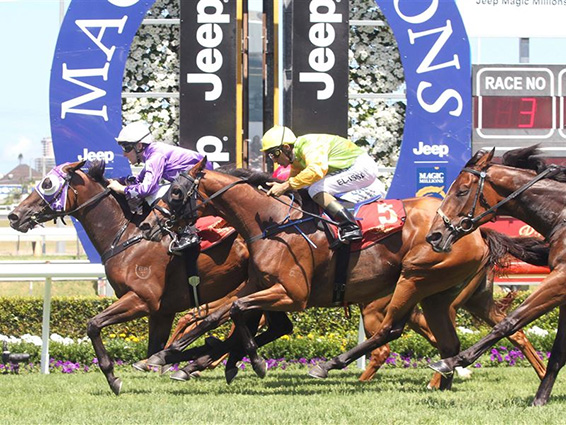 There has been much speculation about the growth of Queensland tourism over the years. Sure, there were times when the industry faltered and thats perfectly normal. However, were able to bounce back time and time again for a reason: we get a tremendous support from Queensland tourism itself.

The private sector can certainly pool their investments and other resources together, but our plans become easy to execute when you also have a strong support from the government, which certainly has funding. As proof, Queensland tourism recently launched a new campaign called Its Live in Queensland!

What is this Queensland tourism campaign about? Its a brand-new campaign launched by our tourism ministry featuring more than 120 live events. Its main objective is to generate over $350 million worth of economic boost through increasing tourists in the area. So far, the activities begin in January and end in October, though theres bound to be some additions before October comes.

These activities are wide ranging: sports, culture, arts, etc. You can definitely experience different facets of Queensland and understand further why its a beautiful place to be in even for a few short days.

This Queensland tourism campaign is one of the biggest. In fact, the government had to spend almost $4 million to get it up and running. It is also part of a long-term tourism plan called Destination Success.

To give you an idea on what types of events you can look forward to in January, check this list out:

Its a few days affair that begins on January 9 at 10:30 a.m. with a hats and high tea party! Its one of the best times to dress up to the nine and be elegant. You can also wear the fanciest hats you can ever have. It lasts for only a few hours, so you need to make the most of your time.

The next day is the highlight of the carnival, which is the horse race. It will be held in Gold Coast Turf Club. This isnt the only horserace that youll ever see in Australia, but its one that awards a very high prize: $4.7 million! You can expect the horses to be some of the fastest in the country. The registration begins at 9:00 a.m. For more information, visit here: http://www.magicmillions.com.au/calendar/2015-jeep-magic-millions-raceday-3/.

Two days after is the Widden Stud Golf Day, and on January 13 is the Gold Coast Summer Racehorse Sale. Get your catalogues here: http://www.magicmillions.com.au/calendar/2015-gold-coast-summer-racehorse-sale/.

If you love to play or even just watch football, then youre very lucky if you happen to be in Australia. The country is hosting the 2015 AFC Asian Cup. The team who wins will advance and get the chance to play in the 2017 FIFA Cup in Russia. The team who then takes home the prize this tournament can then compete for the 2018 FIFA World Cup.

The games will be played in some of the biggest cities such as Sydney, Canberra, Melbourne, and Brisbane. The first game in Brisbane is on January 10, between China and Saudi Arabia, at Brisbane Stadium. To keep yourself up-to-date with the dates and schedule, visit here: http://www.afcasiancup.com/match-schedule.

Not a footy fan? Then perhaps tennis is more your style? When it comes to tennis, Queensland has invited only the elite?the best of the best?superstars to the likes of Roger Federer, Maria Sharapova, Gilles Simon, Karolina Pliskova and Cristina McHale. Catch them right now at the Brisbane International, organized by Suncorp with the help of Queensland Tourism. It is still part of the Its Live in Queensland tourism campaign.

This event is being held at the Queensland Tennis Centre located at 190 King Arthur Tce in Tennyson, Brisbane. Learn more about it here: http://www.brisbaneinternational.com.au.

This Queensland tourism campaign adds a sense of liveliness into our culture, arts and sports. It breathes a much better life and makes us certainly more attractive to both locals and tourists, including domestic ones.

And were only in January!

But heres the thing: these events rarely last the entire day. If you happen to be on the Gold Coast for one of the events, and want to make the most of your time, then dont forget to experience Infinity. We are the most unique attraction in the region, featuring 20 environments that rely on sound, visual effects, light and special effects to create an amazing experience as you journey through the maze. We provide a multi-sensory experience that will keep you wanting to come back for more. Go ahead and book your tickets for Infinity online now.