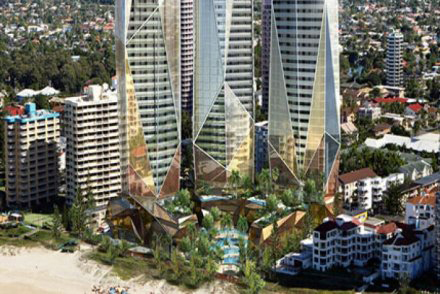 The Gold Coast, with its ability to attract millions of tourists year after year, is often described as a piece of heaven on Earth. With its spectacular beaches that are known not just for swimming but also for surfing and with its wonderfully preserved natural attractions, it became one of the top choices when it comes to the best holiday destinations around the world. It offers tourists a great time, nice ambience, friendly people, and a long list of things to see and do.

However, a report released in 2012 by the IMETT Group states that in 2010, Gold Coast tourism started to slow down and there has been no growth in the number of visitors for the past decade. This can be contributed to limited investments in major tourist attractions and because there had been no new purpose built international hotels launched since 1999. This affected the tourism industry on the Gold Coast, though many existing hotels have been refurbished.

With the decline in Gold Coast tourism numbers, the hotel industry have taken action in an attempt to boost tourism on the Gold Coast. Their answer: to build new multi-million dollar developments to attract tourists. Among the exciting new developments that tourists can look forward to are the new Jewel project and the Jupiters Casino makeover.

The Jewel project will see Chinas richest man build a $1 billion luxury hotel and apartments on the Gold Coast. Last Month, Wang Jianlim, the chairman of the Hong Kong Listed Wanda Group, has committed to the development of the highest and most luxurious residential towers in Surfers Paradise that will occupy the 1.13 hectare beachfront site. The project will consist of one luxury five-star hotel and two towers which will feature luxury, stylish and spacious serviced apartments. There will also be restaurants, conference rooms and a relaxing park that will be built on the beachfront. This alone is expected to give the Gold Coasts tourism industry that much-needed boost. Construction is expected to start early next year and is expected to be finished by 2018, which is just in time for the 2018 Commonwealth Games.

The Jewel project is very special not just because of the $1 billion investment but also because it is the first project in the region to adopt the faade cladding technique that will represent a three crystalline forms on the beach.? Find out more about this exciting new development here.

Another exciting development on the Gold Coast that you keep an eye on is Jupiters Casino makeover. Last month, the $345 million makeover started with the aim to stay ahead of the game in the race for Queenslands gaming crown. Jupiters Casino will be expanded and will include a boulevard of high-end bars & restaurants and new six-star hotel toer. The plan also includes transforming its existing Broadbeach base. The project, which is expected to attract more tourists across the globe, is expected to be finished by late 2017 or just in time as Gold Coast hosts the 2018 Commonwealth Games. However, the first phase of the project, which will include a bar, outdoor dining terrace and a new resort pool should be finished this year. Also, preliminary works on the new luxury tower, which is expected to become one of Gold Coast most iconic structures, should start before Christmas 2014. Find out more about Jupiters makeover here.

Last year, another project was approved by the Gold Coast council that will see the development of a $50 million 40-storey 174 apartment building in Surfers Paradise. It will be built along Markwell Ave and Surfers Paradise Boulevard and will be called Markwell Ave Tower. DDK Development, the company behind the project, said that the building will feature recreational area of more than 1,000 sqm with barbecue facilities, shallow pool, lap pool, lounger, gymnasium and meeting room. The project, which was approved just a month after the $120 million 41-storey Ho Bee Australia tower started with preliminary works, is part of the new wave of development sweeping the Glitter Strip. Gold Coast Mayor, Tom Tate, said that the projects are huge steps forward for the citys flagging building industry. Aside from the jobs that these projects have created, they are also expected to help boost the Gold Coast tourism industry.? Want to know more about this development, find out here.

With several new multi-million dollar developments in the region, there is no doubt that the Gold Coast tourism will start booming once again. Developments discussed on the first part of this article are designed to attract more local and international tourists to the region. If youre one of the thousands of visitors who intend to stay at the new Jewel or the redeveloped Jupiters casino, be sure to add Infinity Gold Coast to your list of things to do on the Gold Coast. Our mind-boggling, out-of-the-ordinary attraction simply cannot be missed!