Gold Coast theme parks are amongst Australia’s top tourist attractions of all time! 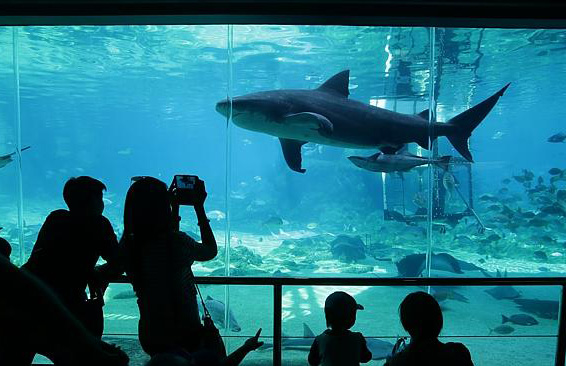 The Gold Coast is synonymous with fun, attractions, and of course, theme parks making it one of the most preferred holiday destinations for travelling friends, families and tourists not just in Australia but also around the globe. Whether youre looking forward to experiencing wide variety of heart-stopping rides or exceptional family entertainment shows, the Gold Coast definitely has something to offer you.

Most tourists visit the Gold Coast because they know they will have a fun, yet relaxing holiday. They can lie on the beach, sample great international cuisines in between water activities, and end the day partying with their travel buddies or with locals. But beyond enjoying a typical day on the Gold Coast, tourists are able to leave their worries behind and have their dreams fulfilled, experiencing the ultimate thrill rides and excitement for a day like no other.

If this sounds like your ideal holiday experience, then be sure to visit one or more of the many Gold Coast theme parks on offer. And thankfully, thats relatively easy to do.

The economic development unit of the Gold Coast made sure that tourists have several options when it comes to enjoying a fun packed day with friends or family on the Gold Coast. For your convenience, all Gold Coast theme parks are clustered together so even if youre pressed for time, youll still find it relatively easy to visit as many as possible. The IMETT Group SEQ Theme Parks Industry Report which was released in 2012 found theme parks clustered together increase the number of patrons when compared to those that are located individually, much like restaurants. This provides you with choices without having to go in separate directions saving you time and money during your stay here.

Gold Coast theme parks have played a crucial role in the development of the Gold Coast and in becoming one of the countrys greatest destinations for tourists and Sea World alone has just been voted Australias top tourist attractions of all time!

A recent Newspoll study revealed that Sea World has been voted the most popular tourist attraction of all time (Notably, the Gold Coast theme parks scored three of the top four positions). The study found that 56% of the adults from the country who have visited the Gold Coast had been to Sea World. DreamWorld came in close at second followed by world-famous Taronga Zoo, Movie World, and Wet n Wild. Researchers said that Sea World beat Dreamworld because of the fact that the aquatic-theme park had been operating ten years longer compared to the latter.

Sea Worlds achievement has definitely helped in boosting the Gold Coasts tourism industry. In fact, figures revealed that the number of international visitors increased by 10per cent last year. This number is more than double when compared to other Queenslands regions. What made it so popular to both domestic and international visitors is the fact that it sends the wildlife and the whole conservation message while providing family entertainment to visitors.

Based on figures reported in The IMETT Groups report, Gold Coast theme parks are one of the major reasons why millions of domestic and international visitors chose to visit the region. In 2010, the total theme park attendance was 189.1 million. This represents a 1.9% increase when compared to the figures gathered the year before. In 2007, the most visited theme park was Dreamworld with 1,368,141 unique visitors followed by Sea World (1,351,800 visitors) and Warner Bros. MovieWorld (1,323,542 visitors).

Meanwhile, two informal newspaper surveys conducted in 2010 asked Gold Coast residents the question; Which of the following experiences do you think tourist would expect to be available on the Gold Coast? To which theme parks came second to only great beaches. The result of the survey demonstrated that locals are not only supportive but also proud of our theme parks and are highly likely to recommend friends and family members visit one or more Gold Coast theme parks on their holiday.

Despite the fact that the Gold Coast has many amazing theme parks, experts in the hospitality industry believes that introducing a new theme park can help attract new international clients and convince previous visitors to come back. In a recent interview with Gold Coast Bulletin, Q1 general manager John Wilder believes that the main drive for repeat visits is to offer something unique that people would come back for. He proposed an ocean-based watermark that features wave-making machines and water-based rides. He said that offering something that the world has yet to see will make Gold Coast even more desirable to travellers.

He added that although theme parks are all over the world, building something that is unique will become a big deal not just for travellers but also for locals.

What Makes Gold Coast Theme Parks desirable throughout the years

Many major Gold Coast theme parks have been in operation for decades so you may wonder why they are still able to attract visitors and remain as popular as they are. Well, the answer is the re-investment of the theme park business. Gold Coast theme parks continuously re-invest in new attractions and brand-new rides not only to improve the number of visitors they receive during good economic periods but also to minimise visitor loss during economic downturns.

So, if youve been to any of the Gold Coast theme parks and think that going back is a total waste of money because youve seen everything there is to see, think again. Year after year, our theme parks make sure they offer something new to customers as they are deeply committed in promoting repeat business and in offering world-class holiday experience.

If youre planning a holiday and want to include visiting one or more Gold Coast theme parks in your itinerary, its important that you know exactly what each of them can offer so you can make well-informed choices. I suggest that you get an idea on their individual rides and attractions and discuss these with your travel buddies before purchasing tickets.

If youre looking to experience heart-pounding, mild-blowing, thrilling rides, your options should include Dreamworld and MovieWorld. Dreamworld is a 30-heactare theme park that is filled with wide range of attractions, shows, and of course, rides. Here you can find The Big 7 Thrill Rides including the Tower of Terror 2. If you havent heard about it before, its the worlds fastest and tallest thrill ride. You can also get to experience The Claw where youll be propelled 9 storeys high for a 90 second adrenalin ride.

MovieWorld, on the other hand, will bring the Hollywood to you featuring family entertainment shows, thrill rides, and many more. Here, you can find Batwing Spaceshot, The Green Lantern Coaster, and Superman Escape, which are considered some of the fastest thrill rides not just on the Gold Coast but also around the world. Children will have the time of their lives here with several Warner Bros characters and the best ones from DC comics.

If youre coming during summer, then be sure to add the Gold Coast water parks to your itinerary. WhiteWater World should be on top of your list especially if youve bought Dreamworlds ticket that will give you access to this theme park. Here, youll enjoy massive slides, tube coasters, kid zones, Wiggle Bay, and the Pipeline Plunge. These are perfect for the whole family.

Theres also Wet N Wild, which is considered the largest of its kind on the Gold Coast. This theme park is all about glow in the dark tunnels, group slides, thrill rides, and many more. It also features Calypso Beach if you want to soak up some sun with your travel buddies.

Gold Coast theme parks hold three of the top four places for Australias best themes parks and therefore are a major draw card for attracting local and international visitors to the region. They offer you with unbeatable experience as they make your holiday more fun and memorable particularly if you are travelling with children and are often updated with new rides and attractions to keep tourists and locals coming back time and time again. Along with the amazing Gold Coast theme parks are some wonderful attractions which should also be considered when looking for fun on the Gold Coast – one such attraction is Infinity Gold Coast. Be sure to view our website for more information and buy your tickets online to save.